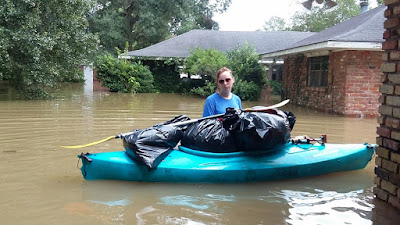 I don't think I'm alone in saying "Good riddance, 2016, screw you and never call me again." While some lovely things happened this year- we went on a Caribbean cruise, went to three lovely weddings, got pregnant- a number of truly horrific things also happened, like my house flooding, the horror and terror that is the Giant Evil Cheetoh (aka Trump), and the death of Alan Rickman. One amazing thing that came from the terrible is the overwhelming support I received after our house flooded. Knitters are the kindest, most generous people on the planet, and I can't say thank you enough for every person who bought a pattern, re-tweeted about my pattern sale, offered to send me yarn, or just sent a kind message on Ravelry. It really helped restore my faith in humanity.

I'm hopeful for 2017. We should be able to move into our house at the beginning-ish of January, then we'll have the terrifying (but wonderful?) experience of having a baby sometime around mid-March. That should keep us occupied for a good, long time.

Knitting-wise, 2016 was ok. I went through a terrible publication-acceptance drought for the first half of the year. Nothing- and I mean nothing- that I submitted was accepted for a full six months. I tried to have a positive attitude and use the time to recharge my creativity, knit some things just for me, and generally chill out about needing to always be the best. Once I got a grip, I started having things accepted again. It was a good mental break, but not necessarily one I'd like to repeat.

I started the year with a pattern in a Knit Picks collection, then published a blanket pattern in the Knit Picks IDP program. I went on a few-month break, then had a pattern in the Spring/Summer issue of Twist Collective (one of my goal publications!). After that, I had two (!!) designs in the Knitscene special issue this year- a scarf and a baby blanket. For my birthday, I published a cute nautical bag. Then I had a hat pattern in Knitscene Fall. I did some more work with Knit Picks, publishing a free cowl pattern in a new yarn, then a sweater pattern in another of of their collections, then a pillow pattern in ANOTHER one of their collections (I love working with Knit Picks, can you tell?). Two self-published sweaters, one for me and one for my husband; several more Knit Picks designs- a free hat pattern, then a three-piece bathroom set. Most recently, a self-published sweater and a pair of mitts, and a cardigan pattern in the December issue of I Like Knitting. I will likely get a cowl pattern published yet this year, but I think that's the last one for 2016.

Altogether, that's six self-publications, eight designs with Knit Picks, one with Twist, three with Knitscene, and one with I Like Knitting. Nineteen designs in all. I think that number would be higher, except that the flood really knocked me on my butt (unsurprisingly) and shelved a number of self-publications, and caused me to stop submitting designs to publications entirely. I have a few magazine things in the works for 2017, but I've again stopped submitting designs because the sample/pattern due dates are starting to overlap with MY due date, and that's just not going to work. We'll see what 2017 brings, design-wise.

If you've made it to the end of this post, how about a treat? As a Christmas/Hanukkah/Kwanzaa/Festivus gift to you, and to say goodbye to 2016 and hello to the hopefully much, much better 2017 (I don't have terribly high hopes with an actual moron running the show, but we'll see), use coupon code DumpsterFire to get 40% off all of my self-published patterns on Ravelry, from December 23rd until January 1st. Good riddance 2016, best of luck 2017.
Posted by Emily Ringelman at 12:54 PM No comments: