Vanilla is the New Black 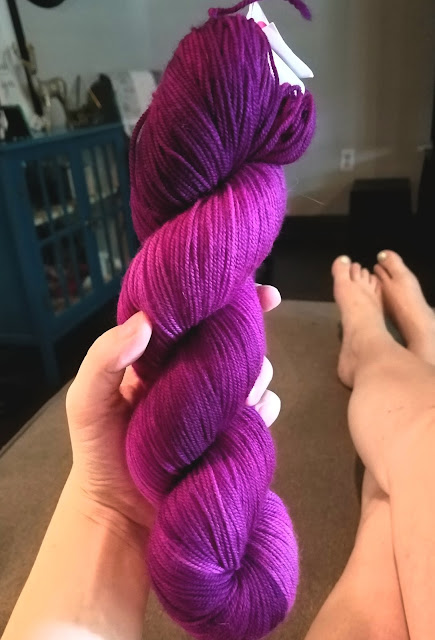 I came to a realization recently. There's a not-small chance that the world could end soon, so why not just knit with the good yarn?
"What's the point," I asked myself, "in holding onto it if we might all die in a fiery inferno because of some aggressive tweets?"
"No point at all," I answered. So I finally wound up this Miss Babs sock yarn that I bought at Stitches West back in 2013, when we still lived in California. I've had this yarn hanging on a hook above my sewing machine for literally years, because the color is so gorgeous that it seemed a shame to hide it away in a yarn bin. I think this yarn is discontinued now- it's Cosmic hand-painted sock yarn, and the color is called Impatiens. 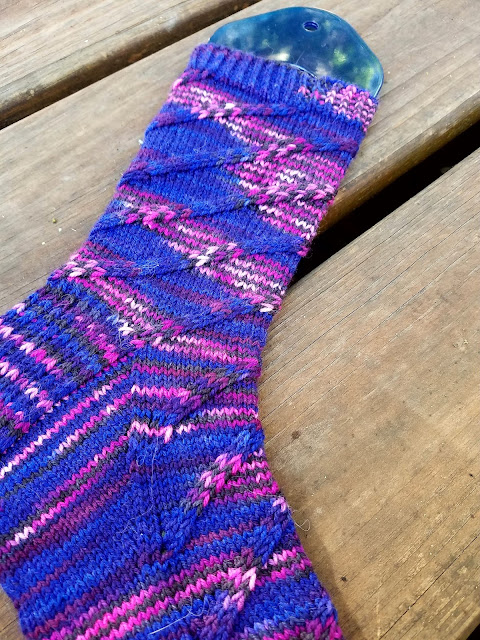 It's been a long time since I knitted a pair of socks. I think the last pair I actually finished was in 2016. I finished this sock above (Down the Rabbit Hole) around Christmas time. I started the second sock but HATED knitting it- these are mirrored socks and the first one was a bit annoying to knit, because you have to keep shifting stitches around the needles, but the second one was intolerable because the twists go the other way, and it was proving too fiddly to be worth it. So I put them away but now that they're out for photos maybe I'll just make the second sock the same as the first and be done with them. 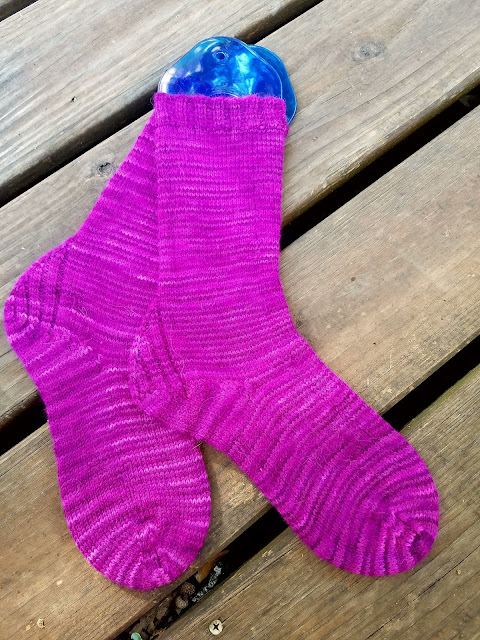 But back to the new socks. These are Vanilla is the New Black. I do love knitting mostly stockinette socks- don't know why, I just do- so these were right up my alley. The heel doesn't fit as well as my usual heel flap heels, but it's ok. They were fun, I love the yarn, done. 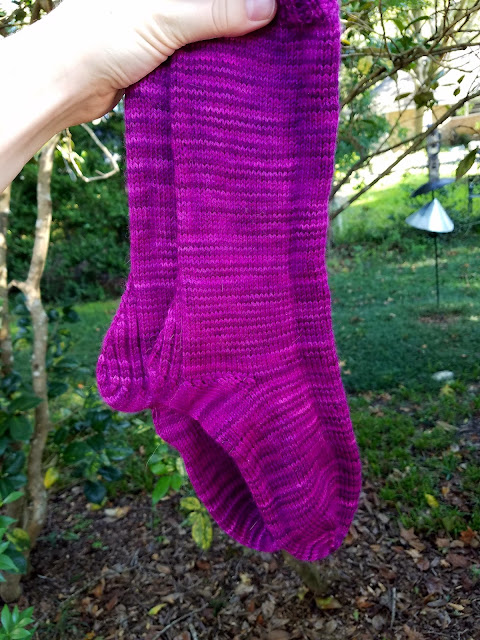 Posted by Emily Ringelman at 7:14 AM