I finished my self-striping rainbow socks. They are great. 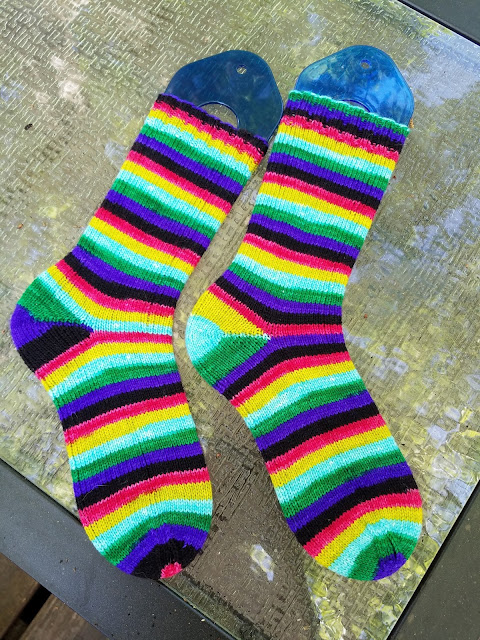 Just my own top-down sock pattern from my head, but this time I used the Fish Lips Kiss heel because I didn't want to break up the stripes oddly. Somehow, each heel used exactly three stripes' worth of yarn. Magic. I didn't bother matching the stripe patterns on the socks. I don't mind fraternal socks.

I haven't cast on another pair of socks yet because I was tidying the sewing room and I found two project bags with one complete sock each, and the second sock started but not very far. I think I should finish one of those before starting something new. We'll see how that goes. 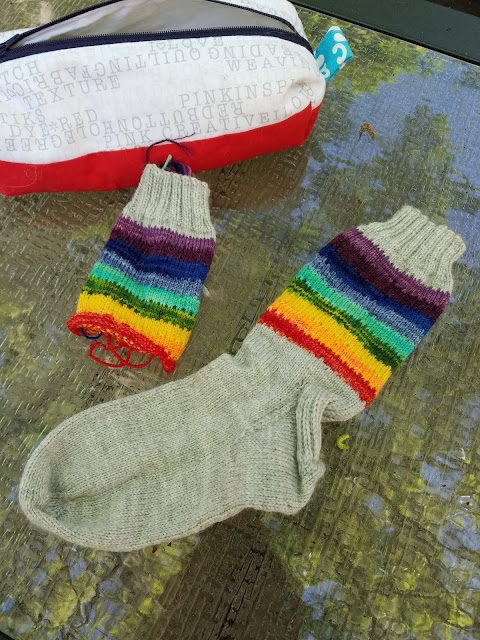 Rainbow socks, don't remember when I started them. Just using leftovers from my sock yarn bin. They are not done because I started the second sock on too-small needles without noticing, so the sock doesn't fit over my foot. Must start again. 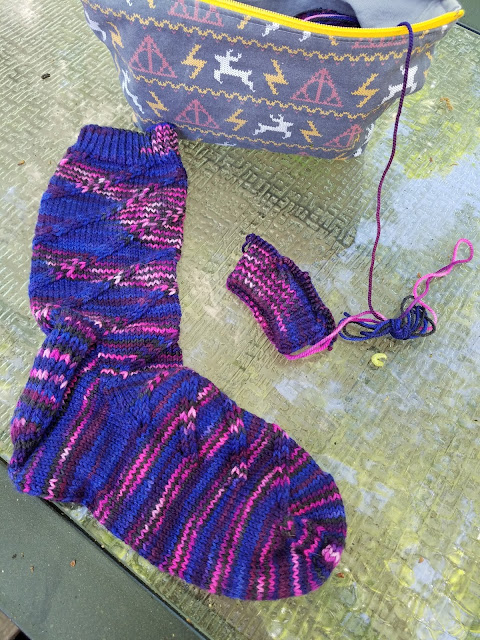 I think this pattern is called Down the Rabbit Hole, and I am using some yarn that someone in my knitting group gave me after the flood. This one is not done because the other sock spirals the opposite way of the complete sock, and it turns out I hate doing twists the opposite way. I think I'll just make the second sock spiral the same way as the first.


Posted by Emily Ringelman at 7:55 AM No comments: